Steve Dugan and Donnie Fusting became friends while attending the many industry meetings and felt they would be a stronger force in the industry if they merged their family agencies.

Fusting and Dugan Insurance LLC was formed in October 2006 when Donnie Fusting, Kim Fusting Franczyk, and Steve Dugan merged their family agencies. As a result, the merger gives them the ability to better serve their clients by offering additional markets that allows their clients more options and competitive rates.

In 1964, Jack Bruckert, Mark Bruckert’s father, established Jack Bruckert Insurance Service. In 1975, Mark joined his father and together in 1978 formed Audubon Insurance Service, Inc. After 30 years of service to his customers, Jack retired and Mark continued on with his family agency that has proudly served the Louisville area since its founding.

In 1987, Mark met Donnie through the many industry meetings and became friends. In February 2007, Mark merged with Fusting and Dugan Insurance, LLC. as a partner. 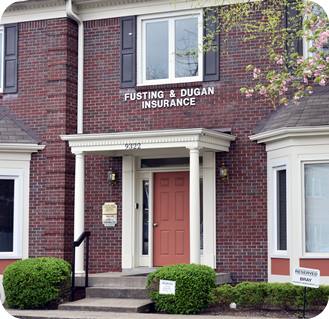 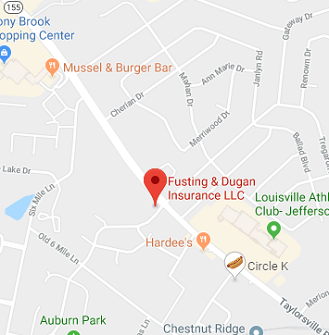 We are located across from Forest Hills neighborhood.